What’s the Difference Between EU Cars and American Cars? »

What’s the Difference Between EU Cars and American Cars? 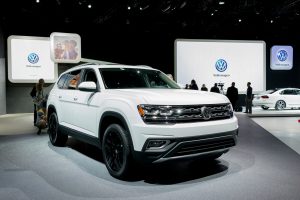 If it's your first time buying a car, you might be asking yourself what the difference between American cars and, say, German cars is. The truth is, they can be quite similar. Most vehicles are manufactured using parts from various countries. As well, many cars are assembled in the country where they'll be sold, rather than in the country where the corporation is based.

Some models are the same wherever they are sold, across the globe. Others come in versions (or "trims") exclusively in certain regions. Sometimes a model is sold only in a particular country and usually, political unions and nations have laws restricting various aspects of vehicles.

Some models are sold with different trims and with different options in different regions (usually by country). For example, the new Honda C-HR is available with a 2.0L engine in the US. In Europe, choices include a 1.8L hybrid and a 1.2L turbo. These variations can be numerous, dealing with much more than just engine size. Generally, though, Americans like bigger cars and can deal with lower fuel efficiency. Oh, and we love pickups. No matter what vehicle you look at, it probably has a "Euro spec," meaning a different version for the European market.

Sometimes vehicles are produced for a specific region, or just aren't exported much. The reason may be that the vehicle is designed to meet domestic regulations and modifications for foreign markets turns out to be strategically unfavorable. An example is the Aston Martin Lagonda, which is only sold in the Middle East. The Troller T4 is an SUV designed for Brazilians and is seldom seen outside of Brazil.

Different places have different rules about what a car must and mustn't include. The EU's restrictions on emissions are primarily focused on fuel efficiency, to make sure drivers consume less fuel. Probably because gas tends to be a little cheaper in the US, American regulations are geared towards maintaining air quality. There are many rules regarding safety, as well, which deal with everything from lighting to dash materials. Usually, a fairly simple modification can make a car ready for a foreign market but sometimes a separate engine or something even more complicated is required, which brings up questions of production cost, marketability, and other things.

That's basically it. You have a pretty good understanding of how cars, including EU cars and American cars, vary across countries and continents. Good luck finding your new vehicle!

When you know which model and trim you want, you should get quotes from local dealers the easy way: online.