Is All This New Auto Tech Reliable? »

Is All This New Auto Tech Reliable?

Auto technology has advanced by leaps and bounds in the past decade. In 2005, our cars were quite similar to the vehicles we drove in the 80s. Today, they are equipped with radar to help us avoid collisions. They also have integrated "infotainment" systems that are increasingly responsive to our voices and gestures. Some say we're only a few years away from driverless transportation in urban areas. Although, are we ready or have we gotten ahead of ourselves? 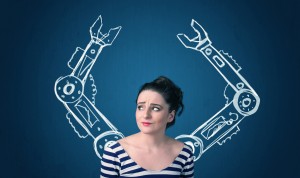 A recent study by J.D. Power and Associates uncovers some dissatisfaction among drivers of teched-out vehicles. It was found that 20% of all complaints during the past year pertain to the following categories.

When you consider recent innovations in auto tech, you might notice that many of them fall into those categories.

However, the newest tech piggybacks on some older tech that still hasn't been perfected. J.D. Power says most problems reported by drivers are, in some way, related to Bluetooth pairing and voice recognition. Additionally, navigation accuracy continues to be a problem, as it always has been. The study notes a 3% increase in dissatisfaction compared to the previous year of study, which began in 2014 and ended in 2015.

What we're dealing with can be considered just another development in our ceaseless quest to "plug in" more and more. Younger generations may never know what it's like to cruise the open road without being interrupted by a cell phone call. They won't bolt a spare tire onto their cars because the area where a spare would be stored may, from now on, be occupied by a piece of modern gadgetry.

According to Fortune, the shift towards new tech is causing more breakdowns. They say keyless ignition systems cause dead batteries and low profile tires are more likely to be punctured and go flat, while spare tires are less common than before. Fortune also reports a finding by AAA, which is that one in five service calls for modern vehicles required towing to a service station. Part of that problem may be due to inability to jump-start these vehicles. They are sprinkled with delicate computers that can be damaged by the electricity that flows through them while being jumped.

How Do We Fix It?

Our friends at Autoblog, in a recent article, suggested more collaboration between automakers and device makers to improve satisfaction regarding infotainment systems. We agree that there should be more cooperation. As Autoblog states, the life cycle of a car is much longer than that of a smart phone. Device manufacturers should make sure all compatible vehicles will interact, error-free, with their products. For now, though, we'll just have to accept the risk of being frustrated with infotainment systems.

For other tech problems, there doesn't appear to be an easy way to redirect our progress. More likely, we'll be choosing the old way of doing things or the new one. Twenty years down the road, you may not own a car at all. You might be part of a shared, driverless transportation system instead.

Make no mistake; it's a new era. Many of us will take the good with the bad, opting for all of the new tech but accepting it's pitfalls. Others will stick to older cars as long as possible. It's up to you.

A great way to pay less each month for a brand new car is to lease. Click here to conveniently get lease quotes from your local dealers.